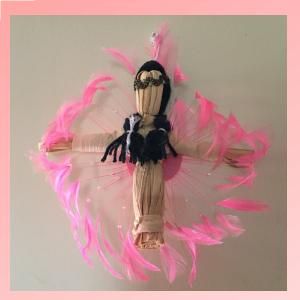 The Red Barn summer workshop has run for decades on the Rez. Parents sign up their kids to learn our traditional or mainstream crafts as a summer camp. The crafts offered change each summer as new craft teachers are signed up each year.

It is underwritten by arts grants, with parents paying a modest fee to cover the rest. This covers the cost of the craft teachers’ honorarium and the craft materials.

This year the summer workshop has moved online. The lessons are on YouTube and the kids use kits to assemble the crafts they sign up for.

I spent my Red Barn years perfecting my cornhusk dolls. It took a while to learn how to wrap the doll correctly. The husks are supposed to overlap and have enough tension to stay in place, but mine unwrapped. You’re supposed to use white cornhusk, but I dried stubby sweet corn husks to practice my wrapping. Thank to this practice, I once spent a summer with dishpan hands from spending too much time with moistened corn husks.

I made this cornhusk angel when I was an adult. It was the only one I considered worth keeping. At least my skills improved throughout the years. 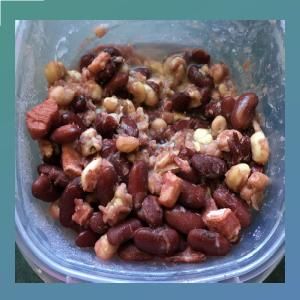 A recent article said there is a shortage of white corn on the Rez. We have to wait until the harvest in September to restock the Rez’s grocery shelves. Lyed white corn is the main ingredient in our traditional corn soup. It’s been our bread and butter for generations.

Lying is when white corn kernels are placed in an alkaline bath to break down its hulls. This adds protein to the corn and creates a complete protein when it’s combined with beans in the corn soup.

We tend to flavor it with ham, bacon or salt pork, though you can still get the protein without it. It’s just as well we usually add meat, though. My brother loved corn soup but picked out the beans when he ate it so he wouldn’t have gotten the complete protein.

It’s so hearty my ancestors were satisfied with only one bowl and some snacks throughout the day. Though this can work against you if you’re diabetic, as many modern Haudenosaunee are.

The shortage of white corn would’ve meant starvation in the old days. Nowadays it’s an inconvenience. It affects the traditionalists’ ability to hold ceremonies. Though they can work around it if they have to.

This bowl came from a feast, and I was told the broth was too thick because it had too many beans. I’ve heard the broth’s appearance described as “dirty dish water”, but it’s still tasty. It’s exotic to outsiders but meat and potatoes to us scones on the Rez.

This week would’ve been the time for the Rez’s annual powwow, but it got canceled this year because of the lockdown. Powwow dancers from all nations gather to dance in powwows during the summer months. This makes powwow gatherings a true “pan-Indian” experience.

We’d get dancers and craft and food vendors from all over coming over. It’s exotic to non-natives but feels like a family reunion to me. We have international travelers come by to experience the powwow. It boosts our economy, though it causes the worst traffic jams near the powwow grounds.

The powwow trail is closed this year, but I’ve seen notices for “social distance powwows”. Powwow dancers create videos of themselves and post them online to social media.

Here’s a jingle dress dancer dancing next to bison. 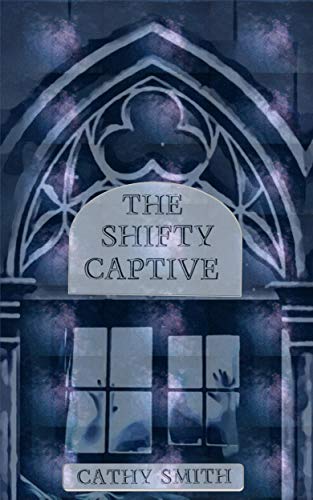 My Shifty Magician series is rebranded with new blurbs and covers. The Shifty Captive is the first book in the series. Shelton “Shifty” Sharpe is kidnapped by a black magician who practices Indian Medicine.

END_OF_DOCUMENT_TOKEN_TO_BE_REPLACED 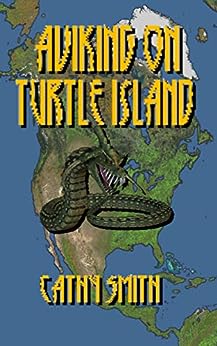 The “Aviking on Turtle Island” short story set is a mythic take on the Vinland saga. Both the Midgard Serpent and a Jotun journey to the New World. They think they’ll conquer new lands but the outcome of the culture clash doesn’t turn out the way they expect.

END_OF_DOCUMENT_TOKEN_TO_BE_REPLACED

My books and website are in transition as I update my covers and improve my blurbs. Marketing is a different beast then writing stories and improved packaging should cue readers what to expect from my works.

END_OF_DOCUMENT_TOKEN_TO_BE_REPLACED 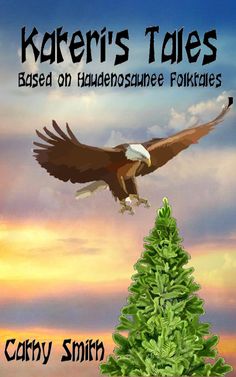 This is a new cover for Kateri’s Tales. The content was published before, but I’m tweaking the cover and blurb. A marketing consultation told me my marketing materials are confusing. There’s no way any writer can appeal to every reader. However, it’s a courtesy to cue them into what kind of story to expect when you offer them a book for purchase.

The Eagle on the Tree of Peace is akin to the Watchman on the Tower for the Haudenosaunee. He gives a cry whenever he sees anything that threatens the Haudenosaunee League. “The Dispute of the Eagle and Hermit Thrush” shows how the Eagle got his position as the sentinel on the Tree of Peace. It is an original tale that uses “How the Hermit Thrush Got his Song” folktale as a springboard.

END_OF_DOCUMENT_TOKEN_TO_BE_REPLACED

I now write words on a fresh page until I reach a quota and then add it into the main manuscript of the story I’m working on.

Blank pages can intimidate some writers. In my case, a clean page looks like there’s room for my words. I write too short if I write into a story manuscript directly. I may know I haven’t developed the story yet, but when the word count piles up, I feel it should be done by now.

Of course, I need to smooth the sections out when I’m done with the first draft. Yet, it’s less fatiguing to smooth over the MS rather than adding more words to an already big pile.
It’s a mental trick to get myself to produce more words. 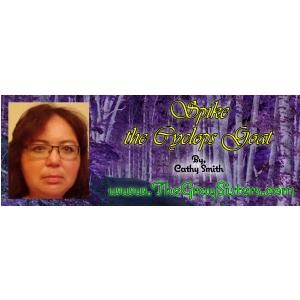 I had my first author interview for a podcast last week. Spike the Cyclops Goat has been picked up by the Gray Sisters literary magazine. They do podcasts of the authors and their stories for each issue. I don’t know when the podcast is coming out but the issue that my story appears in comes out on June 20th.

I’m getting more acceptances than I used to, but my enthusiasm for writing waxes and wanes. It “waned” this week, even though this podcast interview is a flattering first step for me.

On one hand, I want to treat writing as a hobby. On another hand, I won’t develop the skills I wish to have if I take things casually. I’ve heard the Japanese have an ideal of working to be a well developed, talented amateur. I don’t want to put up sloppy first drafts, but I’ll only burn myself out if I expect too much from my writing.

Finding the right balance is difficult for me, but I believe it is a worthwhile endeavor. I’d rather have a slow build writing career than a rapid rise before I burn out.

I found out that writers can use Cafepress and Zazzle to create affiliated products.
There are certain graphics I wouldn’t mind using on products.

I also have a cornhusk doll story I want to release that could use a tie in. Unfortunately an actual cornhusk doll would be awkward to include with the book. A Cafepress cornhusk doll themed product would be different story.

I could also reintroduce the monthly greeting card idea on this blog. If I start it up again I could release the month’s greeting cards on Cafepress or Zazzle.

It’s worth exploring, but I have no set date for following through on this idea yet.

We do not share personal information with third-parties nor do we store information we collect about your visit to this blog for use other than to analyze content performance through the use of cookies, which you can turn off at anytime by modifying your Internet browser’s settings. We are not responsible for the republishing of the content found on this blog on other Web sites or media without our permission. This privacy policy is subject to change without notice.”

© Cathy Smith and Khiatons, 2014-2020. Unauthorized use and/or duplication of this material without express and written permission from this site’s author and/or owner is strictly prohibited. Excerpts and links may be used, provided that full and clear credit is given to Cathy Smith and Khiatons with appropriate and specific direction to the original content. 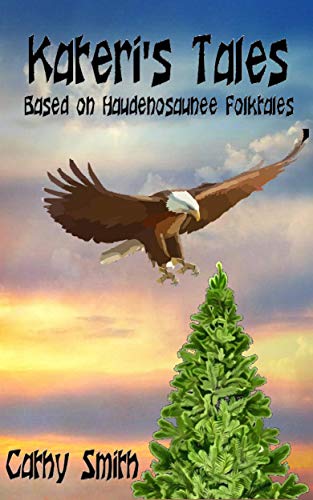 Have you ever felt a folktale needed a sequel? Have you ever wondered how a folktale would work out in modern times? Kateri’s Tales contains the answers to these questions.

You can follow me on these social media sites

Growing older is inevitable. Growing up is optional.

How to Make, Market and Sell Ebooks

a personal walk with Christ

Mad Genius Club
According To Hoyt

Taking over the world and leaving it ruthlessly alone

The Art and Craft of Blogging

The latest news on WordPress.com and the WordPress community.

Khiatons
Create a free website or blog at WordPress.com.